For several weeks this summer I felt like the title of the old Elvis Tune, “Return to Sender,” because my address was unknown.

I don’t ever remember a time when I didn’t have an address. I mean – an actual, physical address. The kind of address where there is a residence on the property and a mailbox somewhere nearby.

From the time I was born until the day I went to college I lived under my parents roof. During college, I resided in a dorm. In between semesters, during breaks, and after graduation I found myself back at my folks. Eventually, I co-rented a two- bedroom apartment with my brother until I moved across the complex to a different apartment.

When my husband and I got married, he left the college dorm and moved across town into my apartment. I’m not sure why we didn’t move into the married units on campus. Perhaps it was because I was already settled into an apartment and it made more sense for one person to move instead of the both of us.

That was probably a wise decision because within a few months we found ourselves preparing to move to south Texas where I had landed a managerial job with a municipal government. Prior to the move we traveled to the area, leased an apartment, then headed back to the northeast part of Texas to pack up our stuff.

Shortly after arriving in south Texas we realized that we jumped the gun by moving south. Personally, I was bored out of my head with the new job, and my husband’s job, well, that also did not pan out as we had hoped. Fortunately, we were saved from boredom and who knows what else when a company from PA hired my husband.

Since my husband arrived up north six weeks before I did, he was in charge of finding us a place to live. Our first Lancaster County residence was an old farmhouse apartment. Oh, the stories we could tell about that place.

During our tenure in the Lancaster County area we moved three times, but each time the living arrangements were procured prior to the move date. So, we always transitioned quite easily from one address to another.

The transition with this recent move was not as smooth, and as a result, for several weeks we were a family without an address. During this time we found ourselves staying in homes of family members for a few nights and then spending a few nights at hotels. Although we knew this was temporary, the whole situation felt strange because we had no tangible place to call our home.

Maybe life on this Earth should always feel a bit strange because life on Earth is temporary. While we tend to plan for longevity, we honestly do not know what the future holds, nor do we know the span of our future on earth.

The first part of James 4:14 asks a question related to longevity, which is then followed by a definitive statement about that same topic. “How do you know what is going to happen tomorrow? For the length of your lives is as uncertain as the morning fog – now you see it; soon it is gone.”

The reality is, for some, time is shorter than for others.

Based on this truth I’d like to propose two additional questions – In the end, what will you have to show for this life that you lived? Where will you find yourself at the end of your life?

I once saw a sign that boasted, “He who has the most toys when he dies wins.”

Matthew 6:19-22 contradicts the “most toys” philosophy with these wise words, “Do not store up for yourselves treasures on earth, where moth and rust destroy, and where thieves break in and steal. But store up for yourselves treasures in heaven, where moth and rust do not destroy, and where thieves do not break in and steal. For where your treasure is, there your heart will be also.”

I was reminded of these verses as we unboxed several items and asked each other: “What is this stuff? Where did this come from? Why do we need this?”

Yes, our housing situation was resolved and I am extremely thankful for our new home. However, I don’t plan to spend eternity in this house or on this earth with a bunch of useless stuff that will one day no longer matter.

And the treasure that’s been stored up there, well, I can guarantee you that treasure won’t be a bunch of toys. 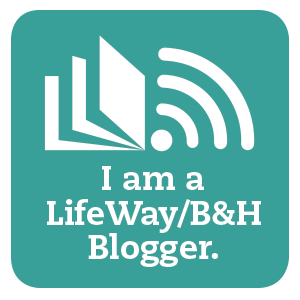 Because we’re all recovering from something.

Photos from Bruce
Wrestling with Faith - Dancing with Jesus